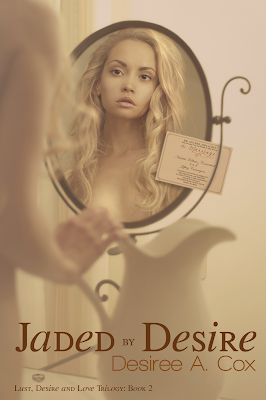 I love getting reviews.  I read and appreciate all of the reviews I've gotten.

Below are a few of the 4 and 5-star reviews I've received for Jaded By Desire, book 2 in the Lust, Desire, and Love Trilogy.  Thank you everyone who took the time to read my work.

If you haven't read Jaded By Desire yet, you can get it right now for just $0.99.

Definitely Jaded
By Lauren Jones on April 9, 2015
Format: Kindle Edition
This story picks up where Twisted by Desire concludes. Nikki is pregnant and Jeff is not happy about it. Over the course of time, he warms up to the idea that he will be a father. Jeff and Nikki become closer during the months leading up to the wedding; however, Nikki starts to feel insecure about everything. Not only does she start feeling insecure about her body as it continuously grows larger by the week, but now she gets to meet the coworker that Jeff is always out of town with on business. And…SHE is anything but the business type. What hasn’t he been telling her?

I really enjoyed reading this story more so than the first in the series. Twisted by Desire gave me knots in my stomach regarding the way that Jeff spoke to Nikki. It was difficult to understand what she saw in him. More of the story came out in Jaded by Desire and I found out what was missing! The reader never had a chance to read about Jeff’s point of view. Jeff and Nikki go through a whirlwind of emotions through this story; however, the author allows you to see how it effects both of them. I was able to relate to the situations that they faced and my interests were peaked while I read further into the story. I didn’t really notice that I showed favoritism to any character although, they all seemed to have their own secrets in this one.

Jaded by Desire is targeted to a female audience, in my opinion. I rate this one with five stars because it was well written and original; the characters also seemed to be more developed. There wasn’t as much sex which I enjoyed. Sometimes, I feel that too much sex can take away from a potentially great story but this was not the case here. I am excited to read the next in the series called Reclaimed by Desire which will be out in the summer of this year.

Brilliant
By MISS JULIE ANNE BARRETT on March 28, 2015
Format: Kindle Edition
Jaded by Desire is the second book in the Lust, Desire and Love trilogy and it is a brilliant continuation of the series. I enjoyed the first book and gave it four stars, and Desiree's second book is even better. The sex is just as hot and steamy, but there is also much more love and emotion than in the first book.

When Twisted by Desire finished I still wasn't keen on Jeff, but this book has allowed me to see him in a whole new light. Parts of the story were told in Jeff's voice, which allowed me to really connect with his character. We also found out why he was so against having a baby and the reasons behind some of his bad attitude towards the end of the last book.

This book follows Nikki's pregnancy and her relationship with Jeff. It's fair to say that there are lots of ups and downs which make this book a real page turner. The cliffhanger ending left me desperate to read the third book to find out what happens next in this couples complex and interesting relationship. I hope we don't have to wait too long for the final book in this trilogy!

Desiree A Cox is a talented author, I am really impressed with this series and I enjoy her writing style. I like the way she has built her characters so we gradually find out more of their secrets, and the way she builds drama and emotion. There is a great cast of supporting characters too, and I absolutely love Nikki's young daughter Abby - she is so sweet!

Jaded by Desire is a fantastic book and I give it five big stars.

I received a copy of this book in exchange for a honest review as part of a blog tour.

A wonderful addition to the series!
ByKrison April 3, 2015
Format: Kindle EditionVerified Purchase
This is the second installment in the Lust, Desire, and Love trilogy. Recommend to read in order <3

This book leaves off right where the 1st one ended. This story is also told from Nikki's and Jeff's POVs throughout the book. I have to admit Nikki I really didn't care for in this book maybe it was the pregnancy hormones that made her act the way she did throughout the book. I'm not a huge fan of whiney and materialistic characters at all for a leading female role. Hoping she gets some more common sense in the next installment.

Jeff was actually more likeable to a degree in this book since we did get his POV more often which explained his jerk like qualities. He's still not who I would pick for Nikki though but that's just me lol.

Too bad Sky wasn't more in the book just to get his POV about it all and his thoughts since Nikki and him do share a child together and still seem to have the hots for each other.
The third installment should be interesting since some new doubts arise about Jeff. I'm quite interested in how this series ends. These are simple light reads and would recommend to anyone who loves some quick hot sex that doesn't overshadow the storyline.

Loved It.
Bysnicklesloves2readon March 29, 2015
Format: Kindle Edition
Desiree does it again. Jaded By Desire was just a fabulous Twisted By Desire.

I love how Desiree gives us more of Jeff in this book. It's definitely something the readers needed to understand him and not dislike him so much. I also love reading his POV.

Nikki and Jeff are freaking hot. You can feel the emotions between them. You can feel their struggles. That definitely keeps you turning the pages. I couldn't put the book down.
I'm not a fan of cliffhanger endings but I'll forgive Desiree because I know the stop of my heart beating will be worth it. I just hope we don't have to wait to long.

Excellent!
ByI Love To Readon March 28, 2015
Format: Kindle Edition
I received an arc of this book through Obsessive Pimpettes for an honest review. Having not read the 1st of this trilogy, it took me a little while to understand what was going on. Once I got into it I couldn't put it down. Jeff and Nikki were deeply in love. Jeff was upset that Nikki was pregnant, but soon warmed up to the idea. Jeff's job required him to travel a lot, being gone 3 or more days at a time. He always traveled with a co-worker, Blake. While Nikki was pregnant and felt like a beached whale, they went to a company party for Jeff's job. The party was being held at Blake's house, and when Blake welcomed them at the door, HE turned out to be a beautiful, perfectly built, blonde WOMAN! There began the trouble, and things went downhill from there!

Will Jeff and Nikki's love be enough to uncover the secrets? Will Nikki be able to overcome the doubts and suspicions Jason, Blake's husband, has planted in her mind? What if everything Jason told her is true?
I hope Desiree Cox doesn't keep us waiting too long for the end of this trilogy!

Jaded & Emotional with Cliffhanger
By Romance between the Sheets on March 28, 2015
Format: Kindle Edition
I was given a copy to review by the Author.

We find ourselves continuing on from book 1 Twisted by Desire where Nikki is twisted in two between Jeff and Sky in this book Nikki ends as definitely Jaded by love.

Loved this book in that we definitely get more information on Jeff and I really felt a connection to him, his emotions and his family connection. You begin to understand his coldness and his mystery that I did not like in book 1.

We definitely meet and understand more of their friends and I am glad that Sky backs off and he is not in this book as much.

Fair warning if you hate cliffhangers then you may want to hold off as the last few chapters had me in circles wondering where I had missed this curveball and my god the last few sentences had me cursing the author!

There are a few characters I definitely do not trust, why all of a sudden spill all the secrets, the next book must have some amazing moments where both Jeff and Nikki's lies are about to be brought to the open. I do not see how this relationship can continue with so many secrets.

I feel both Jeff and Nikki need to bring the passion and connection they have in their physical relationship to their emotional one. Jeff working away from home I do not think helps in Nikki's emotional wellbeing I think she needs direction as in some parts of this book I found her a bit immature as a mother.

God I want these two to work themselves out as I know they love each other ......

Great second book in this trilogy - loved the addition of Jeff's POV and the character development
ByEm & M Bookson March 28, 2015
Format: Kindle Edition
I have been anxiously waiting for this book and loved how this story was laid out by the author. There are still some hot and steamy times, but what I loved most was having Jeff’s POV and really seeing the character development take place.

Jeff was not my favorite character at the end of book one, but getting inside his head was a perfect way to move this trilogy forward. The things that had me questioning Jeff’s motives and actions in book one could now be seen in a different light – events from his past and mistakes that he’s made and how his actions are a direct result of some of those things.

I still found myself aggravated with Nikki at times. I was happy to see she has worked out most of her issues over her feelings towards her ex, but she still struck me as a bit shallow and self-centered at times. When she realizes some of her past mistakes could seriously impact her future, I was glad to see she her recognized just how her actions had come back to haunt her.

Jeff and Nikki together were explosive – the heat between them could be felt coming off the page. I loved the emotional component between the two – you could feel them struggling with how to communicate and could feel the fear they both had about their past mistakes coming to light and what that would do to their relationship.

And of course we are left hanging at the end, waiting to find out what will happen next in the final book of this trilogy. Nikki and Jeff have lots of issues to work through and I look forward to finding out how the author leads us down this path of Lust, Desire, and Love.

I received this book from the author for an honest review. 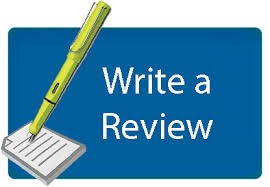 Have you read Jaded By Desire?  Have you been meaning to leave a review but haven't found the time, yet?

Please, take a couple minutes to share your thoughts with the me and the world. It doesn't have to be long, anything you say is appreciated. I'd love to hear your thoughts.
Your opinion could be the difference in someone passing over or selecting this book for their next read.